Dedicated to a great lady who passionately loved great stories

The 2022 Marion Thauer Brown Audio Drama Scriptwriting Competition had 64 entries from five countries. Upon review of all scripts, the following ten writers best met the MTB competition’s stated call and advanced to the finalist stage:

For those in need of academic adjudication statistics, this equates to a 6.4% acceptance rate for advancement to finalist status.

Upon independent review of the competition’s four judges, the following scripts were selected:

Thus concludes the Marion Thauer Brown Audio Drama Scriptwriting Competition. This competition was established in 2013 with the intent of fostering audio drama scriptwriting in the absence of an annual national means of adjudicating audio drama scripts. It’s the thought that over its ten-year run, with hundreds of entries from over a dozen countries and a high percentage of the winners moving on to production, the MTB has left the audio drama genre in far better shape than it was in 2013.

Here’s a nice background story on the competition:

Thanks to all who participated in the Marion Thauer Brown Audio Drama Scriptwriting Competition over the years and best wishes for continued writing success! 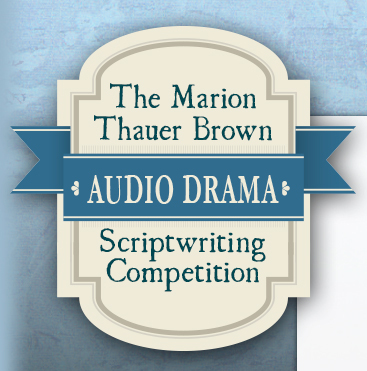 The submission window for the MTB competition has closed.